The act of creation is surrounded by a fog of myths – myths that creativity comes by an inspiration, that original creations break the mold, that they’re the products of geniuses, and appear as quickly as electricity can heat a filament. But, creativity isn’t magic. It happens by applying ordinary tools of thought to existing materials.

That’s how this video on creativity and innovations begins. It goes on to explain that creativity involves three basic elements: copying, transforming, and combining. Check it out.

The surprising benefits of not paying attention 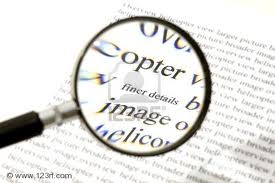 A recent Wired article argues that we’re paying too much attention to the importance of paying attention. In “Bother Me, I’m Thinking,” Jonah Lehrer argues that the modern world is obsessed with being “focused,” and has missed out on the benefits of distraction.

As he points out at the beginning,

We live in a time that worships attention. When we need to work, we force ourselves to focus, to stare straight ahead at the computer screen.

Indeed, focus is so important that we routinely diagnose kids as having a disorder if they can’t pay attention sufficiently.

But, he goes on to summarize a number of recent studies that suggest there are real benefits to paying less attention.

For instance, researchers have found a surprising link between daydreaming and creativity—people who daydream more are also better at generating new ideas. Other studies have found that employees are more productive when they’re allowed to engage in “Internet leisure browsing” and that people unable to concentrate due to severe brain damage actually score above average on various problem-solving tasks.

The rest of the article focuses on several recent studies that support the conclusion that distraction actually helps promote creativity.

None of this suggests, of course, that we don’t need to be able to pay attention. He recognizes that focusing is a skill that most people need.  He just wants to highlight that for some people “distractibility can actually be a net positive.”

Although we think that more attention can solve everything—that the best strategy is always a strict focus fueled by triple espressos—that’s not the case. Sometimes, the most productive thing we can do is surf the Web and eavesdrop on that conversation next door.