Why do we write and what does it mean to do it well? Ben Myers’ thirteen theses on writing offers some thoughts toward answering questions like these. He certainly does not attempt a comprehensive answer (does such an answer exist?). But, he does offer some provocative thoughts in that direction.

You’ll want to read the whole post yourself, but here are some of my favorite pieces:

Where do good ideas come from?

This is a very interesting video on the nature of creativity and the most conducive “environments” for producing good ideas. The video is really a summary of Steven Johnson’s upcoming Where Good Ideas Come From: The Natural History of Innovation, in which he explains how many of the best ideas ideas really start as “hunches” that need to incubate for long periods of time, and really don’t reach their full potential until they come into contact with other people’s hunches. And, that’s why Johnson thinks that the internet has been so influential for developing good ideas. Although the internet can be a distract influence, it has also provide a critical environment for exchanging, borrowing, and engaging other people’s hunches so that ours might reach full fruition.

Besides that, it’s just a very well-done video that’s worth a few minutes of your time. Check it out.

The tech talk continues – Steven Pinker on your brain and technology 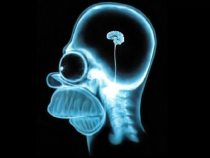 I’ve posted a couple of times recently about the ongoing debate regarding how technology impacts the way that we think and learn (“Testing Your Techno Depravity” and “Wired for Distraction“). Now, I’m not a technophobe arguing that Mark Zuckerberg is the Antichrist or that Twitter is going to bring about the Technocalypse. I just think that everyone involved in any kind of education needs to stay informed about the discussion.

So, to continue the conversation, I thought I’d point out Steven Pinker’s NYT piece today arguing that a lot of the discussion is driven more by media hype that science. (Could that possibly be?) He leads with the observation that “New forms of media have always caused moral panics: the printing press, newspapers, paperbacks and television were all once denounced as threats to their consumers’ brainpower and moral fiber.” And, such claims are rampant in the media about modern technology as well. But Pinker argues that we need a reality check. Instead of declining attention spans and decreased mental capacity, he contends that the sciences and the humanities are flourishing today. So, we simply lack any real evidence that increased technology corresponds to decreased mental capacity.

He also pushes back against claims about how experiences change brain structure. While such changes do occur, he seems to see them as rather superficial and not affecting “the basic information-processing capacities of the brain.”

And so, he concludes his argument with the following suggestions:

Yes, the constant arrival of information packets can be distracting or addictive, especially to people with attention deficit disorder. But distraction is not a new phenomenon. The solution is not to bemoan technology but to develop strategies of self-control, as we do with every other temptation in life. Turn off e-mail or Twitter when you work, put away your Blackberry at dinner time, ask your spouse to call you to bed at a designated hour.

And to encourage intellectual depth, don’t rail at PowerPoint or Google. It’s not as if habits of deep reflection, thorough research and rigorous reasoning ever came naturally to people. They must be acquired in special institutions, which we call universities, and maintained with constant upkeep, which we call analysis, criticism and debate. They are not granted by propping a heavy encyclopedia on your lap, nor are they taken away by efficient access to information on the Internet.

Clearly then, the discussion continues. As I commented in interaction with another person, the issue isn’t so much whether technology is changing the way that we learn and think. That is clear even if we are still debating whether the changes are neurological, behavioral, or something else. The more important questions for us have to do with which of those changes are positive and which are negative (there are surely some of both), as well as how this needs to affect the way that we conduct ourselves as educators.