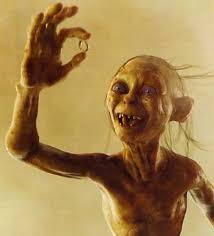 I’m a big fan of J.R.R. Tolkien’s Lord of the Rings. But, one thing always confused me. Why did he call the last book The Return of the King? If you’ve read the book or seen the movie, you know that the title refers to the fact that the kingdom of Gondor has been without its rightful king for a very long time. And, the true king of Gondor, Aragorn, has not yet returned to claim the kingdom as his inheritance. So, from the title, you presume that the heart of the book will be the return of Aragorn to reestablish the kingdom of Gondor.

And, in one of the story’s climactic scenes, that’s exactly what happens. A huge army of vicious, ugly orcs has invaded Gondor and looks certain to destroy its capital city, slaughtering all of the Gondorians (Gondorites? Gondorans? Gondor-people?) along the way. At the last possible second, Aragorn and his companions arrive on a fleet of black-sailed ships. Leaping from the side of the ship, Aragorn stares down the waiting orcs before unleashing his own army of ghost-soldiers (it’s complicated) to destroy the opposing army and save the besieged humans.

The king has returned.

The story isn’t even close to being over. Indeed, there’s an even larger orc-army just waiting to be unleashed on the humans. And, they haven’t faced the evil overlord, Sauron, who is behind all of this in the first place.

So, the good news is…the king is back. The bad news is…you’re about to be eaten by an orc anyway.

The story doesn’t seem to find its true resolution until the Ring of Power, which Sauron needs to sustain his awesome evilness, is destroyed by being tossed into the depths of a powerful volcano. Actually, it doesn’t really get tossed into the volcano. Technically, one of the more interesting characters in the story, Gollum, steals the ring and while triumphantly dancing around with glee, he falls into the fiery volcano with the ring clutched in his greedy little hands. (The moral of the story, of course, is that one should never dance near open volcanoes.) And, once the ring is destroyed, Sauron dies and his orc armies are finally vanquished.

So, the real hero of the story is…Gollum. After all, he’s the one who destroys the ring and defeats Sauron. The evil one is defeated. Victory is won. Let’s go home.

So, why does Tolkien call this book The Return of the King? Why not Gollum Saves the Day? Wouldn’t that be a more fitting description of the book’s real climax? Not for Tolkien. Killing Sauron isn’t really the point. Sauron needs to be defeated, of course. But, that’s just one part of a much larger story—the restoration of the kingdom. That’s why Tolkien continues the story even after Sauron dies, telling us about Aragorn getting married, establishing his kingdom, and ruling for a nice, long time. That’s the good news. Killing bad guys is one thing. But unless the king returns and establishes the kingdom, things still won’t be the way they’re supposed to be. It’s only when the kingdom comes that you have all the blessings of the kingdom: peace, justice, prosperity, pretty elf-wife—shalom.

The good news is about the return of the king.