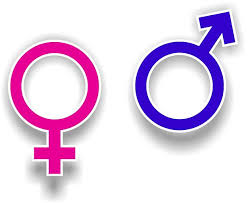 Many people are going to read the title to this post and dismiss the question as absurd. Of course not. But, I often encounter people who assume that the answer to this question must be “yes” based on their conviction that God has ordained men to be leaders in the church. I’d like to address this latter group.

The question, then, is this: If you are a complementarian – i.e. if you believe that God has ordained men to particular leadership roles in the church – do you need to believe that men are inherently better leaders?

Let me make this easy….no.

The logic that seems to convince complementarians otherwise runs (loosely)  like this:

This argument, though, has a number of key problems, and several of them arise with the very first statement: “Being a leader entails having certain qualities/attributes.” Right away you’re faced with a number of challenging difficulties:

I could probably add other arguments, but these seem sufficient to establish that the first step in this argument faces some significant difficulties.

Skipping past the second assertion since I’m only focusing on people who believe this to be true, there are also significant problems with the third assertion: “God wouldn’t ordain men to be leaders unless he had given them the requisite qualities/attributes.” 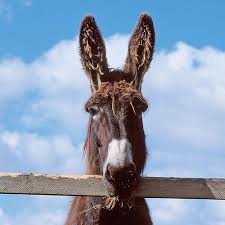 Really? What would lead us to believe that this is necessarily the case? Throughout the Bible God apparently delights in calling people into positions of leadership who seem obviously unqualified for the position: Moses, David, Saul, etc. These were deeply flawed individuals who often serve as better examples of how to sin effectively than how to lead appropriately. Indeed, God’s grace is often displayed better by accomplishing his plans and purposes through the outcast, the lowly, and the ungifted. Viewed from this perspective, then, wouldn’t it be more appropriate for the complementarian to assume that men may actually be less gifted in leadership than women, but that God has called them into leadership anyway and that he will graciously empower them for and support them in this calling? Why presume that people must be gifted before God calls them to a particular task? Did the donkey have the gift of speech before God called it to speak to Balaam? (Yes, I did just compare Christian men to a talking donkey.)

And, once you’ve called into question the first and third assertions, the argument really has nowhere to go. (You could also pick on the fifth assertion if you really felt the need to destroy this argument a bit more.)

Now again, none of this has anything to do with whether it is correct to believe that God has ordained men to specific leadership roles in the church. That is a completely separate issue. I just want to point out that there is no necessary connection between complementarianism and the belief that men inherently possess some quality or qualities that make them better leaders. Leadership is a function, not an attribute. The real question is not whether you have the essential/inherent qualities necessary for being a good leader, as though God depended on our capacities and abilities to accomplish his purposes. The real question is whether God in his grace has called you to be a leader in his church and how you will do so as faithfully as possible with everything that he has given you.

Posted in Anthropology, The Church