My dissertation is online, but it’s not “appropriate”

Many thanks to Nick Norelli for pointing out that my dissertation is  available online through the University of St. Andrews research database. You’d think I would have known that already, but I didn’t realize the database was open to the public. So, if you’re looking for something to fill your spare moments, feel free to check it out.

I am dealing with some emotional turmoil, however. I tried to access my dissertation a few minutes ago, but I was blocked by the seminary’s web filter because the material “is considered inappropriate”! I’m not sure what to make of that. It’s one thing to have a reviewer or professor tell you that your dissertation isn’t any good. But, when some mindless software starts taking potshots at your research, that’s pretty annoying. I bet it hasn’t even read my dissertation. Stupid software.

I did give my dissertation a pretty snappy title, though, so more people would want to read it:

Embodied Souls, Ensouled Bodies:  An Exercise in Christological Anthropology and Its Significance for the Mind-Body Debate with Special Reference to Karl Barth’s ‘Church Dogmatics’ III.2

Seriously, who could possibly stay away from a book like that? In my family, we gather around the fire and read our favorite parts to each other while eating ice cream. You should try it. 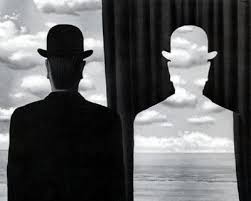