Incorporating Lyotard’s Narratives: How Does the Gospel Stand Out?

[This is a guest post by Andy Peloquin and is part of a series that the Th.M. students at Western Seminary are doing this semester on understanding the relationship between philosophy and theology.]

James K. A. Smith in Who’s Afraid of Postmodernism? outlines the implications of Jean-Francois Lyotard’s definition of postmodern as the “incredulity toward metanarratives” on Christianity.  Smith states that Lyotard’s definition has been “bumper stickered” into a misconception of his critique of modernity, especially by Christians who see a threat to the Christian narrative of God’s overreaching purpose found in scripture.  He states that this misconception is to be found in misunderstanding what Lyotard means by metanarrative.  It is often thought to regard a story great in scope, but Smith indicates that this was not Lyotard’s concern.  Rather it was the nature of the narrative’s claims: “metanarratives are a distinctly modern phenomenon: they are stories that not only tell a grand story (since even premodern and tribal stories do this) but also claim to be able to legitimate or prove the story’s claim by an appeal to universal reason.” (65)  Thus there exist grand stories in non-modern periods but the distinguishing fact in modernism is legitimization to a universal.  This concept of legitimacy is what Smith indicates is the focal point for Lyotard to demark between modern and postmodern.  For modernity, it is science (universal reason) that legitimates its claim. Science is in opposition to narrative which does not attempt to legitimize its claims but only declare them in a story (65).  This point is important for Smith to draw out in order to claim that Lyotard’s denunciation of metanarratives is good for the church.  In brief summary, Smith indicates the Church has co-opted the modern methodology and so attempts to rationalize scripture through the use of reason.  Instead the church should simply proclaim the narrative of scripture on its own terms without worrying about legitimization.  Thus the church can legitimately speak of the grand story of scripture on its own grounds without compromising that story.  The problem that Smith notes, however, is that you then have a plurality of these narratives which are in themselves all legitimate, with none able to appeal to a higher judge of legitimacy.

How does this then affect our proclamation and defense of the gospel?  Smith critiques what he calls the classic view of apologetics as being modern in its use of reasoning.  He advocates for a ‘presuppositional’ style in which all presuppositions are laid out and then the gospel is proclaimed in its narrative through the power of the Holy Spirit.  I think this is the greatest difficulty to overcome and I was a little disappointed in the lack of explanation/exposition of this. 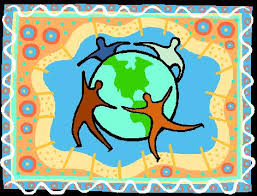 If the Christian story is one of many other equally legitimate stories and there cannot be an appeal to a higher judge to show one better than the other, than how can we speak clearly the message of the gospel among so many voices?  I like Smith’s appeal to the Holy Spirit but I would have liked a more robust defense and explanation here of what this looks like in the everyday.  What do we do with a culture (such as in Portland) that evaluates all these stories as equally legitimate (‘what works for you’) and/or thinks they are just the same story leading to the same end (religious pluralism)?  What is more, what do we do with this apologetic in the context of a culture (such as Chinese) that already easily syncretizes various religious systems and so would have no problem with accepting the gospel or just parts, into their narrative – especially if they see them as equally legitimate?  How do you adequately address the uniqueness of the Christian faith story as we see given in it (i.e. Jn. 14:6) in this system?