[This is a guest post by Pat Roach. Pat is a Th.M. student at Western Seminary and pastor of Hope Presbyterian Church in Portland, OR. Pat is participating in this summer’sTh.M. seminar on Jonathan Edwards.]

We are just on the other side of the of the annual posting of college commencement speeches, but if you find yourself still needing to scratch that itch, then friends I give to you Jonathan Edwards.  In particular, his commencement address at Yale College in 1741 entitled The Distinguishing Marks of the Work of the Spirit of God (hereafter TDM). And in case you were wondering, the graduation speaker at Yale in the year of our Lord 2011 was Tom Hanks. Moving on… 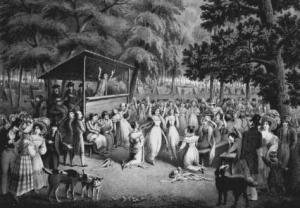 In TDM, Edwards sets out to give a rational and Biblical defense of the revivals that had recently occurred throughout New England. He begins with an explanation of nine things that can not necessarily disqualify (or qualify for that matter) an event as a work of God’s Spirit. For example, he writes, “What we have been used to, or what the church of God has been used to, is not a rule by which we are to judge whether a work be the work of God, because there may be new and extraordinary works of God.”  Edwards is saying that it is not enough to point out “we’ve never done it like that before,” and then consider the issue closed.  God is free and not always “traditional” in the way He operates. Likewise, and these follow from his first point, just because a congregation gets emotionally worked up, has “great impressions on their imagination,” and copy one another’s behavior, doesn’t mean that the Holy Spirit is not working.  He might very well be producing those exact effects.  You have to explore deeper to discern Spiritual substance.  I have to say this portion of the address was a pleasure to read, if for no other reason than seeing Edwards mind work on paper through the issues and counterarguments he anticipates. Edwards’ writing weaves together pastoral wisdom, Scriptural reasoning, and starchy Puritan tendentiousness.

He then goes on to outline positive markers of the Spirit’s work in reviving His people.  The people’s esteem of Jesus is raised, they experience revulsion against personal sin, give greater attention to Scriptural teaching, and they have deeper love for others.  On this last positive marker of love, Edwards addresses a false kind of affinity that is possible in revivals, and he perceptively writes, “There is commonly in the wildest enthusiasms a kind of union and affection that appears in them one towards another, arising from self-love, occasioned by their agreeing with one another in those things wherein they greatly differ from all others, and for which they are the objects of the ridicule of all the rest of mankind; which naturally will cause them so much the more to prize the esteem they observe in each other, …”  This kind of love, he concludes, is not Christian love and “no true benevolence, any more than the union and friendship which may be among a company of pirates that are at war with all the rest of the world.”  Edwards has not mindlessly drunk the Kool-Aid. He recognizes the abuses and false signifiers of spiritual renewal that can emerge, and wants to uproot them and cast them off. 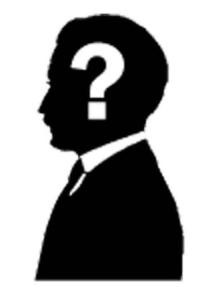 Yet, one thing does he lack…a sense of mystery about history.  In TDM Edwards categorizes the New England revivals as redemptive-historical works, and as precursors to Christ’s Second Advent. Describing the unusual features of the recent revivals, he says, “we have reason from Scripture prophecy to suppose, that at the commencement of that last and great outpouring of the Spirit of God…the manner of the work will be very extraordinary.” In short, “Our revivals have weird stuff. Weird stuff will be happening at the end of the age. This must be the end of the age.” From there, he goes on to warn those who oppose revivals that in so doing they hinder the work of the Spirit.  He compares them to the first-century Jews who opposed Christ, and finally warns dissenters that they are in danger of being guilty of the unpardonable sin against the Holy Spirit. He is that sure that the revivals are heaven sent.

And this is where Edwards’ overreaches. Or, he should at least be willing for the revivals to be measured by the same stick as the redemptive-historical events of the 1st century, to which he links them. Did the revivals produce long-term righteousness in the lives of the participants? Edwards himself despaired of this, as time wore on.  Did the Spirit cobble together thriving (renewed) ecclesial communities as a result of the revivals, as at Pentecost? Sadly, Unitarianism soon weakened the churches in New England. Did Edwards Himself attribute to the Holy Spirit works that were not His?  That would be claiming too much.  That would be too Edwardsean.

In TDM Edwards apparently had no reservations about seeing in the current events of history – and his congregation’s collective life – the immediate, and discernible activities of a very busy, and present God. Yet today, for the most part, similar claims by Christians would be viewed with no small amount of suspicion. Are we are too conditioned to understanding history, and our the events daily lives, materially? Or is this reluctance to “interpret” actually a function of faith, not presuming to give definitive readings of the Spirit’s sovereign moving? What do you think?

[Scientia et Sapientia is sponsored by the Master of Theology (Th.M.) program at Western Seminary. It’s an open forum, so please feel free to join the discussion.]

Posted in Th.M. Program, The Enlightenment