To Will or Not to Will, There Is No Question

[This is a guest post by Tim Hankins. Tim is a Th.M. student at Western Seminary and is participating in this summer’s Th.M. seminar on Jonathan Edwards.]

Jonathan Edwards was by any measure a brilliant man, and his book Freedom of the Will is an excellent demonstration of his intellect at work. The book is at least in part a response to what Edwards saw as a false understanding of the Will and Man’s ability to choose, but also partly Edwards’ assertion on the proper understanding of the Will. As a result there are both negative (the will is not. . .) arguments alongside positive assertions (the will is. . .) with sections sometimes starting with the negative and concluding with the positive, but other chapters entirely devoted to the one or other. 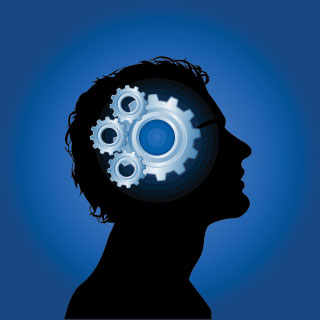 Jonathan Edwards was very much a product of his times. His arguments are very much framed in a cause-effect model. Indeed he spends several chapters establishing his argument that every effect has a cause and that every act of will finds its cause in the motive (Part 1 Sec 2; Part 2 Sec 3; Part 2 Sec 10). This model is inherent in most of Edwards’ arguments.

Edwards makes a few very strong arguments for his determinist view of the will. One argument which Edwards uses well is that of the life of Jesus Christ. In countering the “Arminian” argument that determinism negates the basis for praise or blame, Edwards argues that it was impossible that Jesus would sin or fail in doing the Father’s Will. This was because to do so would invalidate the salvation of all who had preceded, and would make God a liar through the failure of all the promises and prophesies concerning Jesus Christ. Therefore Jesus’ actions were necessary and determined, yet they cannot be criticized as not being praiseworthy. Another related argument is that if neither blame nor praise can be assigned because of acts of necessity then “he [God] is deserving of no commendation or praise; because he is under necessity, he can’t avoid being holy and good as he is; therefore no thanks to him for it.”(p.278)

While refuting the idea of the praiseworthiness of decisions from indifference, which he represents as essential for a decision/action to be virtuous rather than determined, Edwards posits what I can only call the praiseworthy sociopath. He argues that if one ponders committing criminal actions from a Vulcan dispassionate indifference (ok he didn’t actually say that but that is the picture he paints) then one is closer to committing those crimes than if viewing them from a predisposition of disgust and horror. Furthermore, Edwards gives the example of seeing a friend in deadly danger and with that same Vulcan dispassion pondering whether or not to assist them. He argues (and rightly so I believe) that in such situations an indifference to saving or leaving is not virtuous but rather worthy of condemnation. 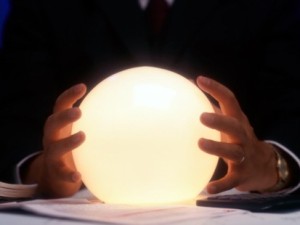 It is at this point that I shock everybody with my confession that I am not a Calvinist, so I admit to a certain presuppositional bias. Yet it seems to be that Edwards is making a logical fallacy here. I am certain that the Calvinist/determinists out there will see nothing wrong with the argument as it is laid out, but it seems to me that there is a qualitative difference between foreknowledge and decree. Yes, one could argue that the result is the same, the foreseen or decreed event occurs exactly as it was foreseen or decreed, but they are different starting points. Decree is inherently causal, foreknowledge is not. And as such then assumptions and qualities for the one do not necessarily carry over to the other. Foreknowledge in and of itself does not seem to necessitate decree. To get from one to the other there must be some glue, some logical bridge connecting the two. In my view the certainty of result is insufficient to make that connection.

Aside from stirring up that tired old argument between determinists and non-determinists, I have a few other criticisms of Edwards arguments.

I am not trying to open the contingency argument here, just to point out that not all of Edwards arguments carry the full impact that he seemed to think they carried.

Overall I would call Freedom of the Will a mixed bag. Edwards has some strong arguments, he has some weak arguments. There certainly has been plenty of material for me to reflect on.  But is there someone who can help me wrap my apparently not sufficiently deterministic mind around how to make the connection between foreknowledge and decree? I know the sovereignty passages, I am not even necessarily arguing against decree as it is used. But I just don’t see the connection that makes what is foreseen necessarily (to use the term in the Edwardsian sense) decreed.

[Scientia et Sapientia is sponsored by the Master of Theology (Th.M.) program at Western Seminary. It’s an open forum, so please feel free to join the discussion.]

Tags: Arminianism, Calvinism, determinism, free will, freedom of the will, Jonathan Edwards