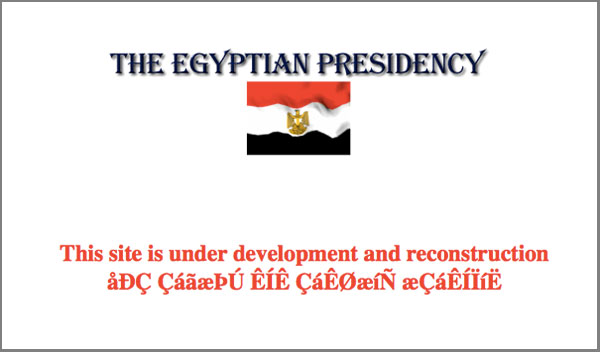 As I mentioned a few days ago, I had to put flotsam and jetsam on hiatus for a while so I could focus on some other projects. But, after several appreciative comments and emails, I’ve decided to try a few evening editions. I still won’t be putting these out on a daily basis, but hopefully this is better than pausing the posts altogether.

While a number of Baptist colleges and universities in recent years have loosened or ended ties to state Baptist conventions, the move by Baylor is notable because it is widely considered the flagship university of Southern Baptists. The move came despite opposition from the Baptist General Convention of Texas, which last year voted down a similar proposal by Houston Baptist University to permit the election of a minority of non-Baptist trustees there, with church leaders arguing at the time that allowing non-Baptist trustees would dilute the university’s religious identity.

Thousands of defiant protesters in Iran‘s capital have clashed with security officials as they marched in a banned rally. One person was reported killed, with dozens injured and many more arrested.

Push-up bras, pedicures, hip-hop dance classes: These are now the social currency of the under-10 set. What happened? And how can we help our girls stay girls for longer?

We generally like to think of ourselves as individuals and appreciate our unique qualities, but when thrown into a group we can become very different people. Ideas and actions can spread like viruses until your individuality is completely wiped away. This is called deindividuation and here’s how it works.

If you are a planter, let me encourage you to think long-term. Don’t make the mistake of focusing on the 7 for a few months and then dropping them. Most of these issues have no quick fix-solution and will have impact on your influence as long as you are planting.

Lazy? Who has time to be lazy? Of course, there are the verses that speak to laziness. By my count, there are fourteen such verses in Proverbs alone, starting with “Go to the ant, you sluggard!” So, can it actually be right to think that laziness is a way to the Lord?

Recently, I wrote about how leaders must learn to handle criticism and overlook offenses. I think this is the number one way that leaders can get derailed and rendered ineffective.

Hard as it may be to believe, one of the things that gives privately-educated children the edge is their knowledge of Latin….I mean there is actually a substantial body of evidence that children who study Latin outperform their peers when it comes to reading, reading comprehension and vocabulary, as well as higher order thinking such as computation, concepts and problem solving.

I’ve noticed in the last few years a real bandwagon of anti-leadership sentiment in some circles. I think it started as a push-back to the “CEO” model/mentality in some, and as such, I’m sympathetic. But from there, it has progressed to where we now have many arguing that any concept of leadership in the church should be avoided.

I’ve noticed that people who do not read the original languages of the Bible sometimes think of those languages as somehow magical, as the key that can open any mystery and answer any question about the Bible. While reading the original languages is tremendously important and helpful and useful, such a reading by itself does not always magically result in clear and simple answers to controversial religious questions. There are limitations inherent in an appeal to an original language for determining the meaning of a text.

As the article indicates, countless PhD students spend years dedicated towards research that will perhaps never posit an actual job in their field. Supply is greater than demand as the article suggets. The future seems depressingly bleak then for doctoral students: They are treated as indentured servants by their superiors. They spend meaningful years that could have been put towards savings, retirement, and even more important—nurturing families.

I urge you, and all non-Arminians who describe our theology, to describe it as we describe it and then go on to explain why you disagree….Fairness is the issue here.

What churches often do less well is grieve. We lack a ritual for the long and tiring process that is sorrow and loss. A friend of mine whose husband recently died put it like this: “For about two weeks the church was really the church—really awesomely, wonderfully the church. Everyone came to the house, baked casseroles, carried Kleenex. But then the two weeks ended, and so did the consolation calls.” While you the mourner are still bawling your eyes out and slamming fists into the wall, everyone else, understandably, forgets and goes back to their normal lives and you find, after all those crowds of people, that you are left alone. You are without the church, and without a church vocab-ulary for what happens to the living after the dead are dead.

So you’re studying New Testament Greek and finding it a bit of a challenge. A lot of people don’t stick with it. “I tried learning Greek and it didn’t work for me.” The problem with these people may just be that they never learned persistence. Do you want to master the Greek language and be able to use it in your walk with God and in your service for Him? If you do, you will have to put forth some effort. How can we “stick with it” in a practical sense?

Cockatoo: If you’ve ever seen the cockatoos at a pet store and thought about keeping these large and magnificent birds- don’t. Yes, they are beautiful, and yes, they are relatively smart. But, they will cost you $1,035 a year after spending $1,535 the first year. And these guys are no guinea pigs. Expect your cockatoo to live for 50 years, costing you a total of $52,250. 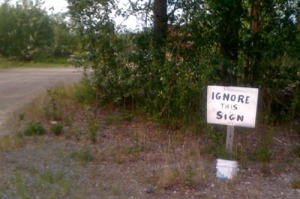 Okay, I finally got one too many comments from people who either couldn’t figure out what “flotsam and jetsam” means (originally a nautically term referring to the debris left after a shipwreck, it’s also used to refer to “odds and ends” in general), or who wondered if I’m just a big Little Mermaid fan (which, by the way, says more about you than it does me). So, I’m going to drop that title for a while and go with something that will hopefully be a little clearer. But, just in case there’s still some uncertainty out there, let me explain:

Now, that we’ve taken care of that business, here are some links for this morning.

Flotsam and jetsam (back from vacation edition)

Back from vacation and ready to go. Here are some links from the last couple of days you’ll want to check out if you haven’t already.

Biblical languages as a spiritual discipline

Yesterday’s post, “The biblical languages in life and ministry,” sparked quite a bit of discussion. So, I thought it might be worth following up on that with a few more thoughts on the subject. Why bother with learning Greek and Hebrew? By the time you are done, you will have spent countless hours and probably a fair amount of money learning these languages. Was it worth it?

Martin Luther wrote a wonderful little tract titled “To the Councilmen of All Cities in Germany That They Establish and Maintain Christian Schools.” In it, he addresses the issue of why he thinks it is important to spend time learning the biblical languages (see relevant excerpts here). I thought we could use his ideas as a starting point for our own discussion.

First, Luther is very clear that there is a pragmatic need for learning the languages; it makes us more effective students, teachers, and preachers.

A simple preacher (it is true) has so many clear passages and texts available through translations that he can know and teach Christ, lead a holy life, and preach to others. But when it comes to interpreting Scripture, and working with it on your own, and disputing with those who cite it incorrectly, he is unequal to the task; that cannot be done without languages.

And, he continues with a fabulous statement about the importance of the languages for powerful preaching:

Therefore, although faith and the gospel may indeed be proclaimed by simple preachers without a knowledge of languages, such preaching is flat and tame; people finally become weary and bored with it, and it falls to the ground. But where the preacher is versed in the languages, there is a freshness and vigor in his preaching, Scripture is treated in its entirety, and faith finds itself constantly renewed by a continual variety of words and illustrations.

For Luther, then, we need to know the original languages because they add power to our messages, confidence to our ministries, depth to our arguments. And, those are no small matters. We should be able to handle the Word with confidence and proclaim with power. The time we have spent on the languages is a gift to our ministries and students.

But, as several of our commenters pointed out yesterday, there must be more. If understanding the languages is a purely pragmatic issue, then my best bet would be to find Greek and Hebrew scholars that I really trust and simply rely on their conclusions. It’s unlikely that I will ever spend more time on Greek and Hebrew than Bill Mounce or Miles van Pelt (since they actually wrote books on learning Greek and Hebrew). And, if I can’t really do better than they can, wouldn’t it be more efficient to use my time doing something else? Why not trust a good commentary and spend my time working on powerful illustrations and applications? This is precisely what a pragmatic approach to the languages would suggest. 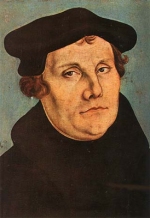 So, I find it interesting that Luther’s main argument is not a pragmatic one. His starting point is the Gospel.

Luther’s fundamental concern is that if we do not pay particular and close attention to the text, we will lose the Gospel itself. Left to ourselves, we will inevitably fashion the Gospel in our own image, after our own preferences, according to our own desires. Although Luther regularly ascribes value to studying translations of the Bible, he argues that this is not ultimately sufficient. Unless we dig deeply into the text, we will eventually lose our moorings and drift into the stream of contemporary (ir)relevance.

Hence, it is inevitable that unless the languages remain, the gospel must finally perish.

So, we have now two reasons for studying the original languages: effective ministry and protection of the Gospel. To these, I think we must add a third: spiritual formation. I would agree with a comment that Ben made yesterday: “this is part of a spiritual journey not necessarily an educational one.” We must constantly remind ourselves that we are not studying the original languages; we are studying the Word of God. The languages are simply a means to that end. As Luther said, they are the “sheath.” So, I think we would do better to think of learning the languages as a spiritual discipline. It is an intentional practice designed to draw one toward a more intimate knowledge of God so that he/she can be continually re-shaped in his image. Only by constantly reminding ourselves that this is what we are doing, can we resist the alluring pull of pragmatism and the inevitable conclusion that we should just let someone else do it for us.