The Most Important Question?

Leaning back against the soft cushions, book held loosely in one hand, chocolate chip cookie in the other, coffee cup perched delicately on my knee, I snuggled in and looked forward to a quiet afternoon of reading. Does it get any better? 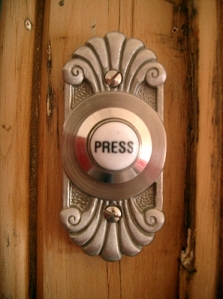 Normally I would have ignored it, but I was staying at my parents’ house for a few days, and I thought I should at least see who it was. So, with a sigh, I thumped my cup on the table, set aside my barely tasted cookie, jammed a bookmark in its place, and hoisted myself out of the comfy confines of my parents’ couch.

Opening the front door, I was greeted by three older gentlemen in their Sunday finest. One even held a black leather Bible in front of his red tie. Another fiddled with several small pamphlets that looked suspiciously like evangelistic tracts. And, the third stepped forward with a warm smile: “Hi, we’re from First Baptist Church. You filled out a visitor card last Sunday and we’re following up to see if we can answer any questions for you.”

“Oh, I don’t live here,” I responded. “My parents moved to town a few weeks back and they’ve been checking out a few churches in the area.” Looking for a quick end to the conversation I quickly added, “If you want to leave some information, I’ll make sure they get it.”

But, these were men on a mission; they wouldn’t be dismissed that easily.

“Do you know Jesus?” Pamphlet Man asked. It probably wasn’t quite that abrupt, but that’s how I remember it.

Fortunately, I was just about to graduate from Bible college, so I was well-prepared for difficult theological questions like this. With a little smile, I looked him in the eye and confidently replied, “Yes.”

That was four years of college tuition well spent.

But, they still weren’t done. Leaning closer with his Bible clutched in both hands, the third man asked, “But, do you know where you’re going after you die?”

And there it was. The question that trumps all other questions. What could be more important than knowing the answer to a question about your eternal destiny?

Still a bit annoyed that I wasn’t back on the couch with my book, I nearly said, “Disneyland.” But, he didn’t seem like the type to appreciate a joke about eternal destinies. So, instead, I gave him what he was looking for. “I know that I’ll live forever in heaven after I die,” I said, “because I believe in Jesus with all my heart and trust him as my Lord.”

That’s what they needed—assurance that I’d reserved my spot in Heaven forever. So, they gave me some material about the church, shook my hand warmly, and went on about their business.

Too bad. They missed an excellent opportunity to explain what I’d gotten wrong.

Where did we get this idea that the whole point of the story was to make sure that we make it into heaven, and that our primary concern should be where we go after we die?  Do you know that if you read through the entire New Testament, you’d end up with only a handful of verses that have anything to do with what happens to us after we die? They are there, and we shouldn’t neglect them. But, why make them such a central part of the story? Why make that the most important question you can ask someone?

Interestingly, that’s the one question Jesus almost never asked. And, he asked a lot of questions:

Those are all great questions, just a few of the ones Jesus asks in a single book (Matthew). And, notice their focus: living faithfully in response to the Gospel today. As far as I can tell, in the entire book, Jesus only once asks a question about a person’s eternal destiny (Matthew 23:33). Instead, he focuses almost exclusively on making people think about what they are doing right now.

Jesus came to announce the arrival of the Kingdom. That’s not a message for some far off future, but it’s good news for right now. It has obvious implications for the future. We’d mess up the Gospel just as much if we thought that this story was only about the here and now. That would rob the story of purpose, hope, and direction. But, the mistake we more commonly make is thinking that the most important question we can ask is about where we’ll be in the end.

[This is part of my series on unpacking the Gospel.]

“Okay, I’ll go back. But no Jesus stuff this time.”

What exactly does it take to make a 4-year-old declare that she’s all done with Jesus stuff? Bait-and-switch evangelism.

It’s the day before Easter. And, unexpectedly for the northwest, it’s a beautiful, sunny Saturday afternoon. So, my little girls grab their mom and head down the street to a church that is hosting an Easter carnival. Holding hands, they skip down the sidewalk with images of Easter egg hunts, candy, and cheap carnival games dancing through their young minds, never knowing what is really in store for them.

(This would be a good place to picture a dark cloud suddenly drifting in front of the bright, spring sun, casting a shadow across our happy scene. Or, just imagine some ominous music playing in the background. Either way, you get the point.)

Arriving at the church, the first thing they see is a big booth set up for face painting. Now, I have to admit that I’ve never understood the allure of face painting. But, for little girls, The thought of having someone smear cheap paint all over their faces in a way that vaguely resembles a flying bug is nearly irresistible.

So, they stop. And the tragedy begins.

Almost as soon as the girls sit down, one of the volunteers launches into the Gospel story. And my girls sit through it patiently. They’ve heard it before, but they’re too polite to interrupt. And, from the enthusiastic presentation, my wife suspects that they might be the only new people the church has seen all afternoon. She doesn’t want to ruin the fun. So they listen to the story. 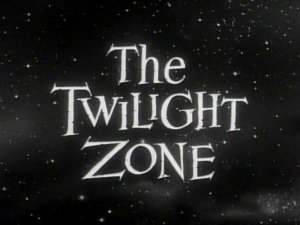 That’s right. Apparently they weren’t sure that my girls caught everything the first time. And they really wanted it to stick. So, as soon as they were done with the story, they launched into it again.

The Twilight Zone does not surrender its victims easily.

Emerging from the Gospel booth almost 30 minutes later, they discover that the carnival is over. No more candy. No more games. No Easter egg hunt. They’ve missed it all. 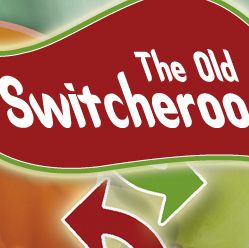 Bait-and-switch evangelism is any time we tell people that they are getting one thing, and then we slip them the Gospel while they are there. Want some candy? Sure, come and get it. Oh, by the way, you’ll have to sit and listen to this story first.

Are we trying to make little kids hate the Gospel?

Why do we do this? Deep down, are we that afraid that they won’t want to hear? Do we doubt the power of the message that much? Do we think the Spirit can’t handle things?

And, what are we subtly communicating to ourselves and to other people about the Gospel when we do this? I’m afraid that we’re hinting that we really don’t think that the Gospel is all that. If I’m really convinced that I have the most amazing story that will transform your life forever, I’m not going to invite you over to my church for a football game and then try to slip it in between commercials. I’m going to invite you over to hear the story.

Now, there’s nothing wrong with parties, carnivals, football games, or any of the various ways that churches can connect with their communities, share life together, and allow the world to see a redeemed community in action. That must be done. And, along the way, we will have opportunities to share the Gospel as an organic expression of living in community together. But, that’s very different from the bait-and-switch.

When we trick people into hearing the Gospel, we annoy them and we undermine the very message that we’re seeking to promote. I’m sure it works at times, but pragmatic effectiveness is not an adequate measure for appropriate Kingdom living.

The quote at the beginning of this post? That came from my daughter one year later. A full year after her experience at the Easter carnival, she remembered what happened the last time she stepped into the Gospel zone, and she wasn’t about to let it happen again.

No more Jesus stuff for her.

The bait-and-switch at its finest.

Guns and the Gospel: a match made in…somewhere

To the Jews I became like a Jew, to win the Jews. To the weak I became weak, to win the weak. To the NRA, I became a proponent of concealed hand guns, to win gun rights advocates.

What do you think? I recently received an email from someone at a church that is planning an outreach event that combines the Gospel and guns. The church is reaching out the community by offering a concealed handgun license course. But, the real purpose of the course is to reach out to people who wouldn’t otherwise come to church and use it as an opportunity to share the Gospel with them. So, ultimately, the event isn’t really about guns, it’s about the Gospel. The guns are just to get them in the front door.

My first reaction to this was not terribly positive. But, I had to stop and double-check myself. I didn’t grow up around guns and have never really understood the need for the average person to carry a concealed handgun. So, I have to consider the possibility that my reaction to this event has more to do with my personal biases than legitimate concerns.

My second reaction to this still isn’t terribly positive. At the very least, I don’t like bait-and-switch evangelism. Maybe that’s not what is being planned here. But it sure sounds like the kind of event where you invite people to something that sounds fun, and then you sneak the Gospel in the back door. Sure it’s a church event and people probably expect that they’ll need to endure the Gospel so they can get to the good stuff. But is that really how we want to do things?

But, more to the point, the way that we present the Gospel matters. And, I can’t think of any way of hosting an event like this without connecting the Gospel to a whole raft of issues surrounding gun rights advocacy and conservative political ideology, not to mention all of the images and associations that people have with handguns, none of which have anything to do with the Gospel. Do we really want to align the Gospel with things like this?

To be clear, this has nothing to do with the question of gun rights in itself. That’s a separate issue, and one that I don’t want to get into here. This is a question about where and how we share the Gospel and how that shapes the way people hear the Gospel.

What do you think? Is this just a cultural issue? I’m just a pampered city boy from liberal Portland, so I can’t really understand what’s going on here. Or, are there legitimate concerns in connecting the Gospel and guns in this way?