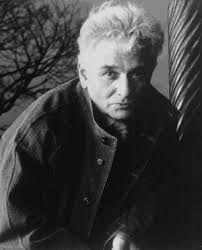 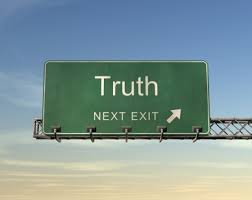 I  know that most of us are financially set since our Father owns the cattle on a thousand hills. But for anybody who needs a new computer . . .  Logos is having a giveaway! I have been using the Logos for Mac as a beta and have been very impressed with it, and Logos version 4 is a fabulous study tool for studying God’s Word.

They’re also having a special limited-time sale on their Mac and PC base packages and upgrades. Check it out!

In arguing for a doctrine of resurrection in the OT, I find that I must disagree with other previous scholars. I found this great page which describes in detail the different logical fallacies. I have been trying to use the proper terminology to be precise in how I disagree with someone’s argument, and am trying not to commit the same errors myself!
http://www.nizkor.org/features/fallacies/

Assistance for the Citation Challenged

For those of you who may be like me and are challenged by citations here are a couple resources to assist you.
This is a link to a citation generator. It feels like cheating its so easy. 🙂
http://www.palomar.edu/dsps/actc/mla/
Here is Western’s document on on writing standards:  writingstandards_thesis_dissertation

their relationship to the Father. He based his proof in the unquestioned deity of the Father, and then used relational terminology to explain how the Son and Spirit both shared in the deity of the Father and were distinct persons in and of themselves. The two terms which he primarily used to do this were begotten and procession. These terms were biblical and expressed the essence of their relationship, yet Gregory drew a sharp distinction between the two. Begetting is not procession and vice versa. To interchange the two would invalidate only-begotten and create either 2 Sons of a Son/Grandson relationship. But in his use of Begotten and procession Gregory described the Father as the Source of their divine nature and simultaneously refuted Sabellian Monarchism by establishing the presence of separate persons within the Godhead.

It should be unsurprising to anyone who has read Barth that, like any other aspect of theology addressed by Barth, his writing on Israel is both complex and controversial. Perhaps it is a result of his dialectical approach to theology, or perhaps it is simply because of the often confusing nature of his discursive style, but different theologians have come to very different conclusions regarding Barth’s view of Israel. If one wants to understand Barth’s view of Israel, it is necessary to not only study his Church Dogmatics, but also to examine his public life to see the practical aspects of his treatment of Jews, especially in light of the Holocaust. By studying Barth’s theology and practice, one can see that his doctrine of Israel has both positive and negative aspects, and that in practice Barth’s treatment of Jews showed that he too was human, with both strengths and weaknesses.Barth Paper