Punish my substitute? Sounds like a sweet deal to me

[The following is a section from the Gospel book where I’m trying to deal with the concept of “substitution” in the atonement. I’d love to hear what you think about how I’ve approached this one.] 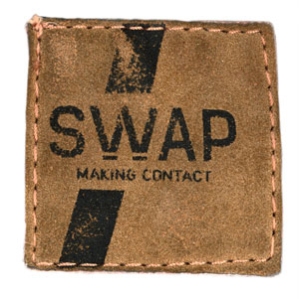 How well do you think this would work as a threat: “If you don’t behave, I’m going to spank your brother?” I don’t know about you, but I’m pretty sure this would make me want to misbehave even more. Not only am I not going to be punished for this, but you’re going to punish him instead? Outstanding! Sign up me.

I actually use this threat with my high schools guys sometimes. If one of them is acting up, I’ll tell him that if he doesn’t start behaving, I’m going to beat up one of the other guys. They usually stop for a second and then laugh at how absurd that sounds. It’s such a stupid threat that it makes them pay attention just long enough for me to get them back on track. Punish someone else for what I’ve done? That’s just dumb. It doesn’t make any sense.

If you think about it, punishing another person for my actions isn’t just dumb; it’s unjust. Think about all the stories we’ve heard in the last few years of people who were on death row, about to be executed for some crime, and then it was discovered that they were actually innocent (of that crime at least). Every time that happens, the country is outraged. We were all set to kill these men for crimes someone else had committed. That’s not just. It’s not right.

But isn’t that exactly what God did with Jesus? According to Paul, Jesus “gave himself up for us” as a “sacrifice for God.”[i] In other places, he says that Jesus “died for our sins.”[ii] He even goes so far as to say that though Jesus himself “knew no sin,” God “made him to be sin” so that his people could be made righteous. Elsewhere, we find Peter talking about the “just” dying for the “unjust,”[iii] and in Isaiah we have a promise that someone would come and be “crushed or our iniquities.”[iv] 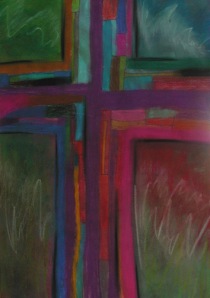 How can this make any sense? If we’re the ones who sinned, how does punishing Jesus accomplish anything? Isn’t that like getting angry at someone you work with, and then coming home and taking it out on your kids?

And yet we know something deeper must be going on here. The Bible makes it clear that God is a God of justice and righteousness: “His work is perfect, for all his ways are justice. A God of faithfulness and without iniquity, just and upright is he.”[v] God is so concerned about justice, that he routinely commands his people to live just and fair lives.[vi] So we must be missing something here. If it’s unjust, God wouldn’t do it. If God did it, then it’s not unjust. Those are our only options.

The problem is that we’re probably looking at Jesus’ death the wrong way. It’s not as if God suddenly reached the point where he was ready to fix the whole sin problem, so he looked down at Palestine and thought, “Hmmm, that carpenter looks nice. I think I’ll kill him.” And then, after killing some random person, he went on to forgive the rest of us. That would be unjust.

This is different. Jesus isn’t just some carpenter; he’s the second Adam.

In an earlier post, I argued that Adam and Eve’s sin impacted all of us because we were “all in it together”? Although it’s hard for us to understand, their actions in the Garden affected us all. Standing at the beginning of the story of humanity, their decision shaped the story for everyone who followed. Every human since then has been “in Adam.” That means that we are in the family that Adam began, part of the story he created. And, as we’ve emphasized throughout this book, being “in Adam” means being east of Eden, in the darkness of the fall.

So what we need is another Adam, someone who can start a new story—one with a much better ending.

And that’s exactly what we have with Jesus. He’s the “last Adam” who has come to include all of us in a new story, a new humanity.[vii] Jesus didn’t replace us when he died for us on the cross, as though God just picked some random victim to abuse, he included us in his death on the cross so that we might experience the new life of being “in Christ.” Everyone who belongs to Jesus died with him on the cross.[viii] But we died with him so that we might be raised with him into the new life of the people of God.[ix]

Our problem is with thinking that Jesus was just our “substitute” when he died on the cross. He didn’t just take our place, but he made a place for us within him so that we might all be included in his death and the blessings that flowed from that act of loving faithfulness.

That’s why the New Testament places such strong emphasis on the fact that God’s people are now “in Christ.” Jesus is the “last Adam” who has come to bring life and recreate humanity after God’s image.[x] Both “Adams” made decisions that affected everyone, but in very different ways. All of those who are “in Adam” experience sin, death, and condemnation; but those who are “in Christ” receive grace, righteousness, and forgiveness.[xi] Or, as Paul says elsewhere, “For as in Adam all die, so also in Christ shall all be made alive.”[xii]

If you want to sink your teeth into this one, I strongly recommend spending some time reading Ephesians 1. Just notice all the times that Paul emphasizes that God’s people are “in Christ” or “in him,” and consider the tremendous blessings that come as a result of being a part of that new family, that new story.

The good news is that Jesus included all of God’s people “in him.”

[This post is part of our series on the Gospel. Please feel free to check out the posts and let me know what you think.]