5 Things I’ve Learned about Publishing (and about myself) 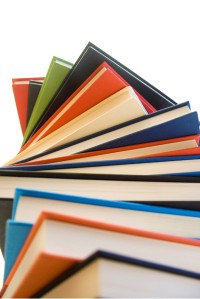 I’m writing a book. You may already know that. (If not, you can read about it on the Gospel book page.) Oddly, though, I’ve been struggling with what I should do with it when I’m done. A while back we had an interesting discussion around the question, Should you make people pay for a book about the Gospel? And, I’m still conflicted on that subject. But, I’ve learned a few things about myself and about publishing in the last few months. The first four have tipped me toward traditional publishing (for now). The last one is just something that’s been rattling around in my brain.

Anyway, here are the 5 Things I’ve Learned about Publishing (and about myself):

1. Academic publishing is easier…way easier. I don’t mean to say that it’s easier to be an academic publisher. I’m sure that’s quite challenging. But, from a writer’s perspective, the academic route is easier. You just have to make your argument, marshal your evidence, and write clearly enough for people to figure out what you’re talking about. But, the rewriting process is far less demanding (no one cares if you’ve used a few too many adjectives, weak verbs, or convoluted sentences; indeed, your almost expected to.) And, once you’ve written the book, you’re basically done. There’s far less pressure afterward for the author to market and promote the book.

2. Platform matters. If you’re not familiar with the term, “platform” refers to an established audience that an author already has access to. And, your platform is important because the audience that already knows you is also the audience most likely to buy and promote your book. Just writing a good book doesn’t typically cut it anymore. You need an audience already predisposed to read what you have to say. (There are still exceptions to this rule, the book that comes from nowhere and surprises everyone. But, platform is important enough in non-fiction writing that you’re unlikely to get a publisher’s attention as a new author without one.) Interestingly, this means that writing a book isn’t just about writing a book. That’s only a small part of a much larger process now.

3. Traditional publishing still matters. This may not be true for everyone. A while back I listened to Seth Godin on the New Face of Publishing. According to him, everyone should self-publish. You’re doing all the work anyway, so why bother with a publisher? And, if you’re the kind of person who really can do all the work of writing, editing, formatting, and marketing your book, then maybe you would be better off self-publishing. But, I don’t think that’s me. I’m not closed to the possibility, but I question whether I would really do a good job marketing a book on my own. That’s just not in my personality or skill set. And, I’m really not interested in doing all the work involved in putting a book together in an attractive format. Again, just not my thing. So, for me, traditional publishing is very much worth considering.

4. An agent is a good idea. This one still seems weird to me. Athletes and actors have agents, not people like me. But, the more I learn about the world of publishing, the more I realize how complicated it is. So, it’s just wise to find someone who knows that world better than you. And it sounds like the financial pressures that traditional publishers are under have left them with less time and fewer resources to walk alongside new authors – making a good agent that much more important.

5. This is a dangerous industry. How can you spend this much time thinking about how to build your personal “brand”, promote your own intrinsic awesomeness, and increase the number of people who want to listen to what you have to say, without become a complete narcissist? I don’t know. I can already see me trying to convince myself that I’m doing all this just to promote the Gospel. But, I know that all the praise and attention just feeds that darker self I’m always trying to hide from prying eyes, especially my own. I’m sure it can be done; I know some amazing and godly writers. But, it has to be a constant struggle.

So, what’s next? You’ve probably figured that out already. I’m going to spend the summer contacting agents, talking to publishers, and seeing what possibilities lie down that road. I may still find that no one is interested. And, I think I’d really be okay with that. (Or, I’m already lying to myself; it’s hard to tell sometimes.) But, I’ll wrestle that bear when the time comes.