Santa Claus and the Coming of the Messiah

[For those of you not interested in the upcoming football game, or those interested but looking for something to do until it begins, here’s what I’m thinking about using as the introduction to the chapter of my Gospel book on the coming of Christ and how that relates to God’s OT promises. And yes, I realize it’s the wrong time of year for a post about Santa Claus. Oh well.] 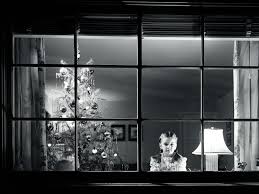 My daughters don’t believe in Santa Claus. They never have. That’s mostly because my wife and I are evil parents and we told them from the very beginning that Santa Claus was not real. (If this is news to you, then please accept my apologies for breaking the news in such a heartless way.) We’ve always been careful to point out that there’s nothing wrong with pretending that Santa is real; it can even be kind of fun. So, sometimes at Christmas we’ll go ahead and pretend that Santa Claus is coming, even though we all know he isn’t. And, we’ve also warned them not to say anything to other kids about Santa. We really don’t want to have to deal with a bunch of angry parents who want to know why our kids just ruined their Christmas fun.

Although I like how we’ve handled our Christmas traditions and I wouldn’t want to do it differently, it’s hard not to notice that my daughters never approached Christmas with the same kind of anxious anticipation as other children. There were no eager questions about “When will Santa be here?”, whispers of “I think I hear him”, or little footsteps as they slipped quietly over to the window to see if that was the shadow of a sleigh they just glimpsed in the sky. There’s an element of expectation that comes with the story of Santa Claus that has a nearly irresistible sense of childish delight. And, in the morning, all of that pent up expectation, all the anxious hours of waiting, all the uncertainties and anxieties, they all explode in the delighted yell, “He came!” 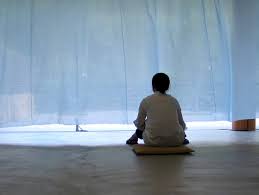 Somehow we need to recapture that same sense of eager expectation if we’re going to appreciate what it was like to live on the verge of the New Testament. In the last chapter, we focused on the amazing promises that God offered his people throughout the Old Testament: a new king, a new sacrifice, a new spirit, a new heart, a new creation, and more. For centuries, God’s people had fed on a steady diet of God’s promises, knowing that he had not abandoned them, fearing that he had done just that.

Is the promised one really coming?
Yes, he’s coming.
He’ll be here soon!
Is that him?
No, not yet.
Where is he?
Over there!
No, that’s definitely not him.
He’ll never come.
Yes, he will. I know it. He’s coming.

As we turn the page from the Old Testament to the New Testament, we pass through the time of anxious waiting, arriving at the moment when hope becomes reality, when promise becomes present, when not yet becomes now.