← Is it time to run ads?
Publishing opportunity for grad students? →

Jonathan Edwards on the Freedom of the Will 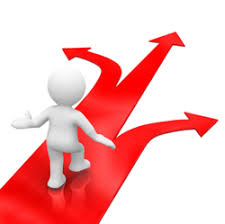 Why did I pick up my coffee cup and drink just now? Did something cause me to drink? Or, was it a relatively arbitrary expression of my own free choice?

Is there a difference between these two scenarios?

According to Paul Helm, Jonathan Edward viewed both of these from basically the same perspective. And, in the process, he departed from earlier Reformed theologians in significant ways.

As I’m getting prepared for my seminar on Jonathan Edwards this summer, I’m going to blog occasionally on any interesting resources that I’ve run across. Today, I read Paul Helm’s post on “Jonathan Edwards and the Freedom of the Will.” According to Helm, Edwards’ understanding of free will was driven by the “all-encompassing metaphysical principle” that nothing happens without a cause. So, if I make a choice, that choice must have a cause. And, for Edwards, the cause in that case would be my desires. I chose X because I wanted X. And, this same basic framework holds no matter if we’re talking about choosing God or choosing coffee.

For Edwards, operating in a world increasingly influenced by the emerging natural science, and by the empiricist philosophy of John Locke, human action is the result of one sort of cause, a ’volition’, which is in turn the outcome of certain beliefs and desires. Such causal links, of different kinds, necessarily pervade the entire creation. Edwards’s stress is on this all-encompassing metaphysical principle.

All events must have causes.

Helm argues that this is a very different argument from that offered by earlier Reformed theologians. Looking specifically at Calvin, Helm contends that earlier theologians in the Reformed tradition focused more narrowly on “the loss of moral and spiritual freedom as a result of the Fall.” This isn’t because Calvin disagreed with Edwards (which would be hard to do, since Edwards wasn’t alive at the time), but because the nature of the free will debate was different in Calvin’s day. They weren’t concerned with the broader issue of whether every particular event must have a cause, but on the narrower question of whether the human person is free to choose God. 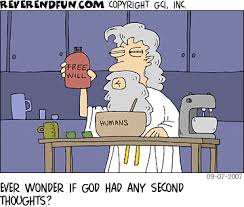 The difference between Edwards and Calvin, according to Helm’s argument, is really the scientific/philosophical context that Edwards operated in. With the rise of modern science and the philosophical turn that took place with John Locke, the issue of causation took a much more prominent place in discussions of free will. So, it’s not that Edwards and Calvin necessarily disagreed on the free will. Helm actually argues that one can find ” clear evidence for what later came to be called a compatibilistic outlook” in Calvin’s theology. But, it does mean that they addressed the issue from very different cultural contexts, and that we need to understand these historical/cultural differences if we are really to appreciate what they were saying.

For more resources on the subject of free will see:

← Is it time to run ads?
Publishing opportunity for grad students? →