Is it time for a new name? 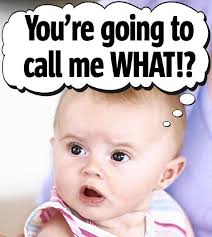 My youngest daughter has recently developed a new way of answering difficult questions. Snuggled on the couch yesterday morning, she listened patiently as I gave an obviously incorrect answer to a question she’d asked.  When I was done, she just looked at me and said, “You should ask your imaginary friend who’s smarter than you what he thinks about that.” Where does she come up with this stuff?

Well, I have a question to ask, and although my imaginary friend is pretty smart, and I’ll certainly see what he thinks, I’d also like to get a broader perspective.

Actually, I have several questions to ask. In a few months, this blog will have had about one year of active use. (It was mostly dormant for quite a while before that.) So, I’m starting to wrestle with what to do moving forward. For the next couple of days, I’d like to throw some questions out there and see if anyone has some input that might even be better than that of my imaginary companion.

First off: Does the blog need a new name? I’m very aware of the fact that “scientia et sapientia” probably doesn’t mean much (if anything) to many people. As I explained when I started the blog, the phrase identifies two different ways of knowing that are both important. But, since I’m not sure how many people actually know that’s what the phrase means, I’m wondering if a less obscure (and probably more interesting) name might be a good idea.

So, what do you think? Does the blog need a new name? You won’t hurt my feelings (much), so speak freely.

And, although I realize this is dangerous, I’m also going to ask, Do you have any suggestions for a new name? Feel free to comment on the first question even if you don’t have any suggestions for a new name. I’m not going to turn this into a full-fledged contest, but I would be interested to know if anyone has some ideas floating around that they’d like to toss out there.